Rovio is well known for Angry Birds games, merch, and even movies. On April 15, their new team-oriented RPG, Darkfire Heroes, comes to iOs and Android. Like many other mobile releases, Darkfire Heroes did have a soft launch in some regions, but the global launch is scheduled for this Thursday. The game marks the first release from Rovio’s Copenhagen studio and is the first release under CEO Alex Pelletier-Normand. We caught up with Rune Vendler, head of Rovio Copenhagen, to ask a few questions about the upcoming game and the mobile environment.

Game Informer: Outside of discoverability, what is the biggest challenge in mobile gaming today?

Rune Vendler: One challenge the entire mobile games industry is now facing is the upcoming Apple Privacy Policy change. We don’t know how the policy changes will affect us; nobody in the industry has an answer to that yet. But we at Rovio are very well prepared for this change. We have a strong community base for the game that formed during the soft launch period, which will help us with discoverability and fan engagement.

When we talk about game types, sometimes we hear the term “mid-core” when defining a game. What does this term mean?

I’m not aware of any formal definitions. In my view, the mid-core market is defined by the RPG, strategy, and shooter genres – games that often exhibit more complexity in their mechanics, content, economies, or player-to-player interactions than the casual/puzzle titles.

What makes Darkfire Heroes different from other games like it on the market?

Darkfire Heroes does a really good job of offering both an engaging campaign (PvE), as well as an exciting arena (PvP). We’ve spent a long time designing some really exciting and varied heroes to collect, and both PvE and PvP play really well with the real-time battle mechanics in the game – there’s a good balance of skill and power. These two sides also come together in the game’s events, where players, either on their own or in clans, battle it out in a variety of special game modes.

We work closely with the community to balance and evolve the game. It has been great to see how fans have engaged with Darkfire Heroes already during the soft launch period. Even though the game team is of course defining the roadmap, we pay a lot of attention to the community, and we also have a players’ council, where we talk directly to key community members.

Why the shift to Darkfire Heroes from other established studio IP?

Rovio acquired Darkfire Games studio in 2020 to strengthen its genre mastery in RPGs, expand the games portfolio to new areas of the mobile gaming market, and to reach a different kind of target audience.  The team is really knowledgeable on building RPGs and they know how to do it well from working together for so many years. The studio had Darkfire Heroes in soft launch already at the time of acquisition. This game is our first entry into the team-based action RPG genre, which opens up new opportunities for us to utilize our genre mastery philosophy as part of our growth strategy. Part of our growth strategy is also to diversify the games portfolio with new IP’s while Angry Birds remains a unique asset for Rovio and we keep on investing on Angry Birds brand in the future as well.

The target audience for this game is 16-44 mid-core gamers who enjoy a game with the right amount of action, RPG and strategic depth which can be enjoyed on the go. So like all Rovio games, this game is developed and marketed to adults but might appeal to different types of gamers. 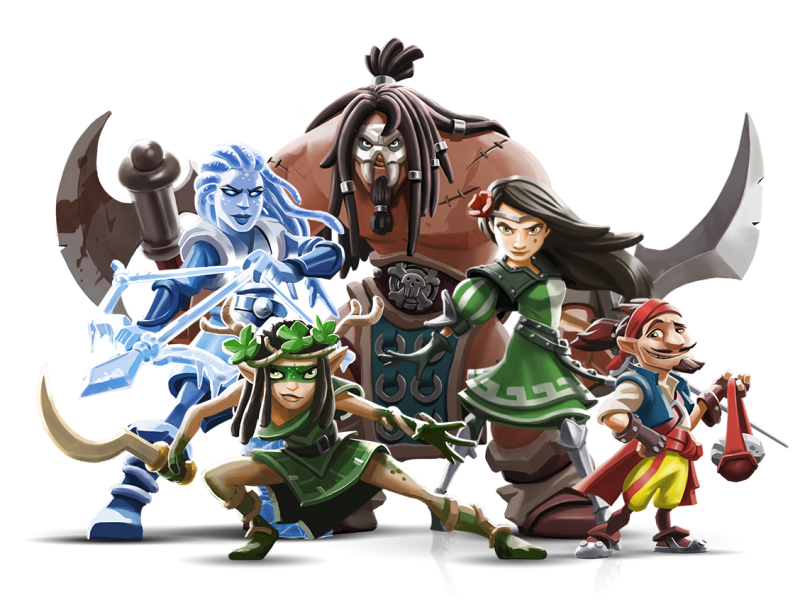 What were some of the features that were tried and scrapped in the creation of Darkfire Heroes?

Over the course of development, we’ve tried out a variety of game modes, heroes and enemies, level designs, and magic spells. Some made the cut, and some didn’t – though there is always a hope that some of the designs might resurface again later. I think we’ve managed to find a good selection of features for the game so far, but there are always opportunities to expand the game.

Are there any plans to take Darkfire Heroes to other platforms?

Currently no, we are launching the game on iOS and Android for now.

As mobile games continue to innovate strategies to keep players engaged and entertained, how has this intertwined with monetization? Have analytics and data come through to create new models and strategies to get players invested and active as DAUs and MAUs?

We still start from the same principles as always: we have to create a game that is engaging and fun. That way, we earn the players’ attention and time, and as they connect with the game, we strive to create enough value for them that they want to spend money in the game. Analytics help us understand what’s working and what’s not and can point us towards improvements and optimizations. The insights also help us personalize the experience and balance the game.

Do you play mobile games? Are you interested in checking out this kind of experience? Let us know in the comments!

Footage Of Lost Sonic Game Has Been Found

Footage Of Lost Sonic Game Has Been Found